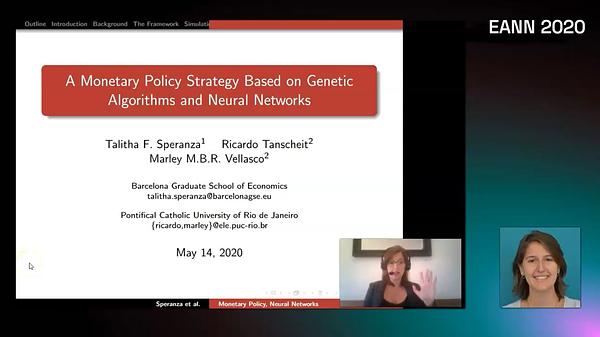 A Monetary Policy Strategy Based on Genetic Algorithms and Neural Networks

We propose a novel monetary policy strategy in an attempt to provide an auxiliary tool to central banks, whose main predictive models are still from the Dynamic Stochastic General Equilibrium (DSGE) family, which has some flaws. We derive an objective function from three empirical relationships that have long been established in the economic literature and we seek to minimise the value of this function by choosing the interest rate via a genetic algorithm. Since the function is forward looking, we use a neural network to predict values of unemployment and inflation. Using data from Brazil, simulation results suggest that had the Brazilian central bank applied our strategy, and all other economic conditions remained equal, inflation could have been lower for 62.48% of the time. Predicted unemployment, however, was lower only for 39.69% of covered periods, as it faces a trade-off with inflation.