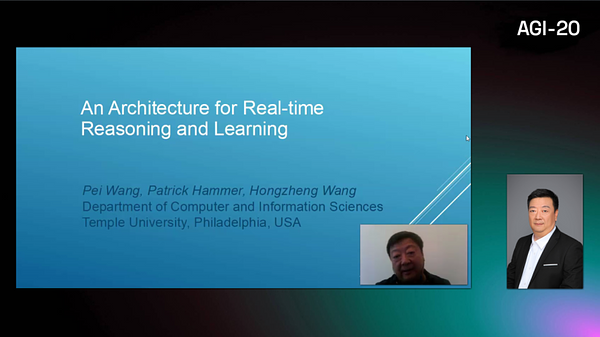 An Architecture for Real-time Reasoning and Learning

This paper compares the various conceptions of “real-time” in the context of AI, as different ways of taking the processing time into consideration when problems are solved. An architecture of real-time reasoning and learning is introduced, which is one aspect of the AGI system NARS. The basic idea is to form problem-solving processes flexibly and dynamically at run time by using inference rules as building blocks and incrementally self-organizing the system’s beliefs and skills, under the restriction of time requirements of the tasks. NARS is designed under the Assumption of Insufficient Knowledge and Resources, which leads to an inherent ability to deal with varying situations in a timely manner.

Panel discussion with authors of papers about 'Learning, Reasoning, and Resource Allocation' at AGI-20 conference. Held live on Underline, 06/24/2020