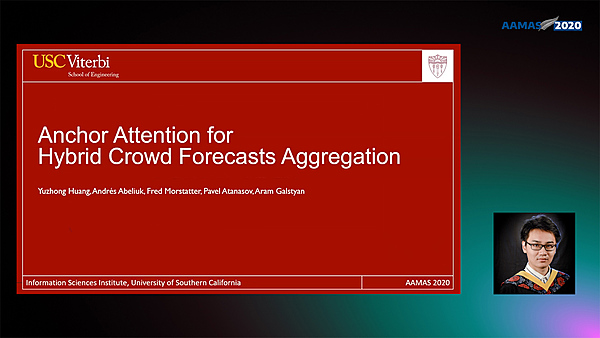 Forecasting the future is a notoriously difficult task. One way to address this challenge is to "hybridize" the forecasting process, combining forecasts from a crowd of humans, as well as one or more machine models. However, an open challenge remains in how to optimally aggregate inputs from these pools into a single forecast. We proposed anchor attention for this type of sequence summary problem. Each forecast is represented by a trainable embedding vector. An anchor attention score is used to determine input weights. We show that our method learned a good representation for both forecaster and question, and outperforms the current state-of-the-art aggregation approaches. 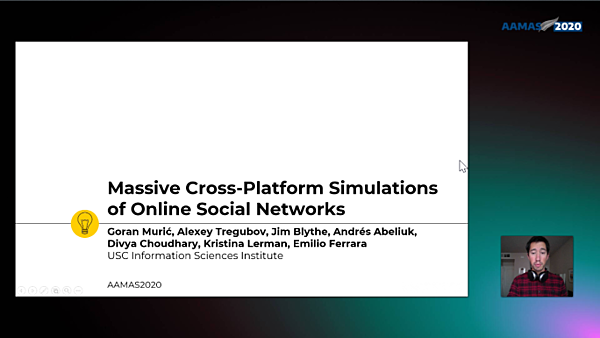 As part of the DARPA SocialSim challenge, we address the problem of predicting behavioral phenomena including information spread involving hundreds of thousands of users across three major linked social networks: Twitter, Reddit and GitHub. Our approach develops a framework for data-driven agent simulation that begins with a discrete-event simulation of the environment populated with generic, ﬂexible agents, then optimizes the decision model of the agents by combining a number of machine learning classification problems. The ML problems predict when an agent will take a certain action in its world and are designed to combine aspects of the agents, gathered from historical data, with dynamic aspects of the environment including the resources, such as tweets, that agents interact with at a given point in time. In this way, each of the agents makes individualized decisions based on their environment, neighbors and history during the simulation, although global simulation data is used to learn accurate generalizations. This approach showed the best performance of all participants in the DARPA challenge across a broad range of metrics. We describe the performance of models both with and without machine learning on measures of cross-platform information spread defned both at the level of the whole population and at the community level. The best-performing model overall combines learned agent behaviors with explicit modeling of bursts in global activity. Because of the general nature of our approach, it is applicable to a range of prediction problems that require modeling individualized, situational agent behavior from trace data that combines many agents.